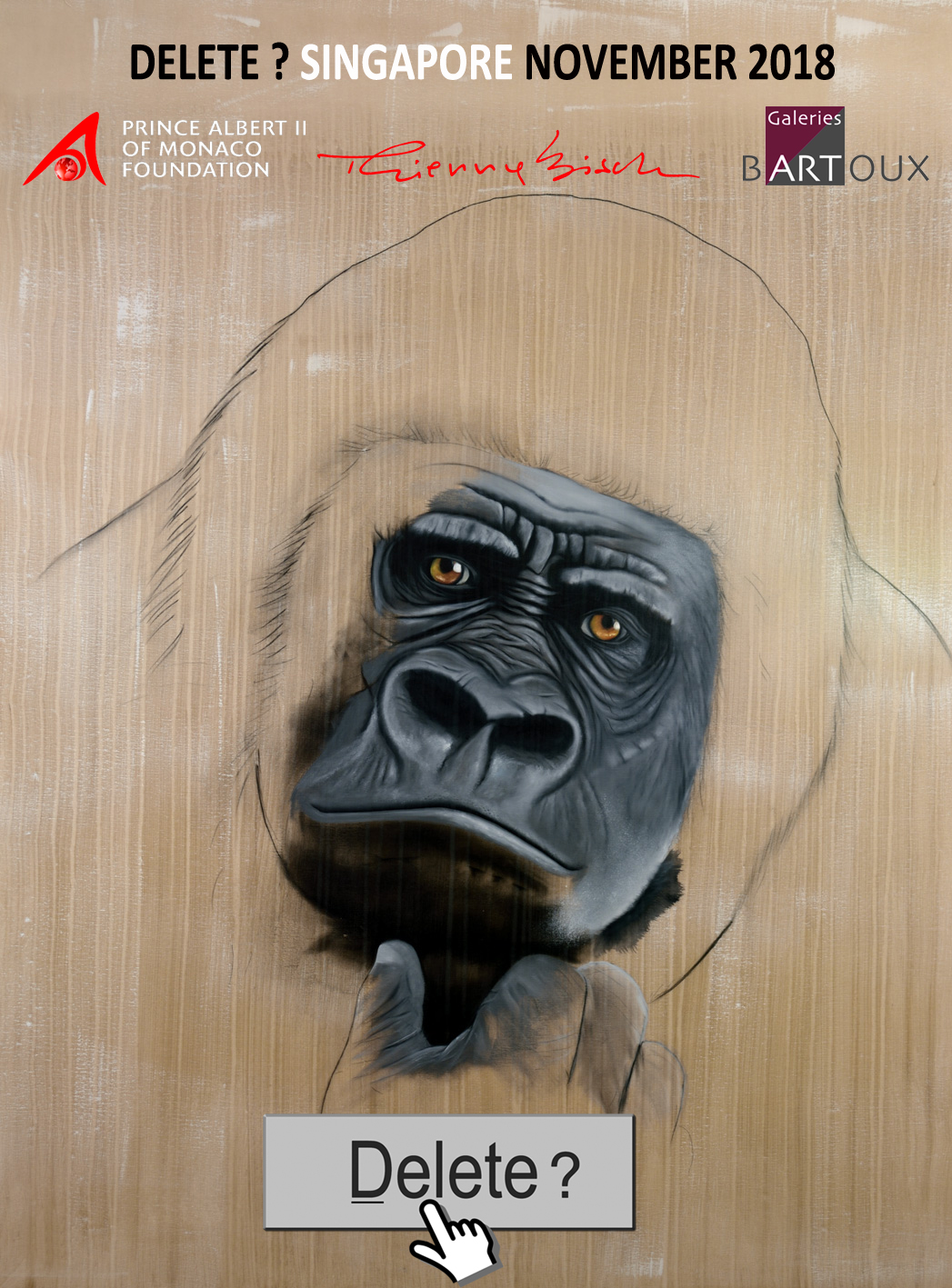 is an international undertaking aiming to make society aware of the imminent threat of extinction of a large number of species.


According to the IUCN Red List of Threatened Species, close to one mammal in four is threatened by extinction.
In order to create awareness and make the population of urban centers responsible, the proposed idea is to show individual images of threatened animals on very large scale canvases, right in the center of the big cities of the world.
”Delete” is the common way of deleting a text, an image, or a file on your computer. But what will it mean when ”Delete” is associated with living species? Stronger than the word ”Save”, that only engages the ones who take action, ”Delete” forces everybody to give thought to the problem. Can you, with one simple click, wipe out a species on this earth? This is of course about an artistic action, of a conceptual project. The artist is there to ask questions and these questions have the benefit of concerning each and everyone of us.
Prince Albert II of Monaco Fondation deeply involved with the preservation of wildlife, flora and maritime regions, supports this artistic project and the first large canvas has been installed in the heart of the Principality for the 10-year anniversary of the Foundation in 2016, then in Singapore in 2018. Followed by other enormous animals in Montreal, Milano, Geneva, New York and other places... 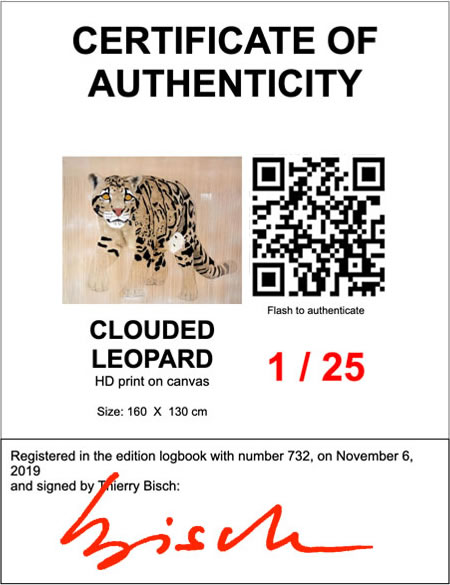 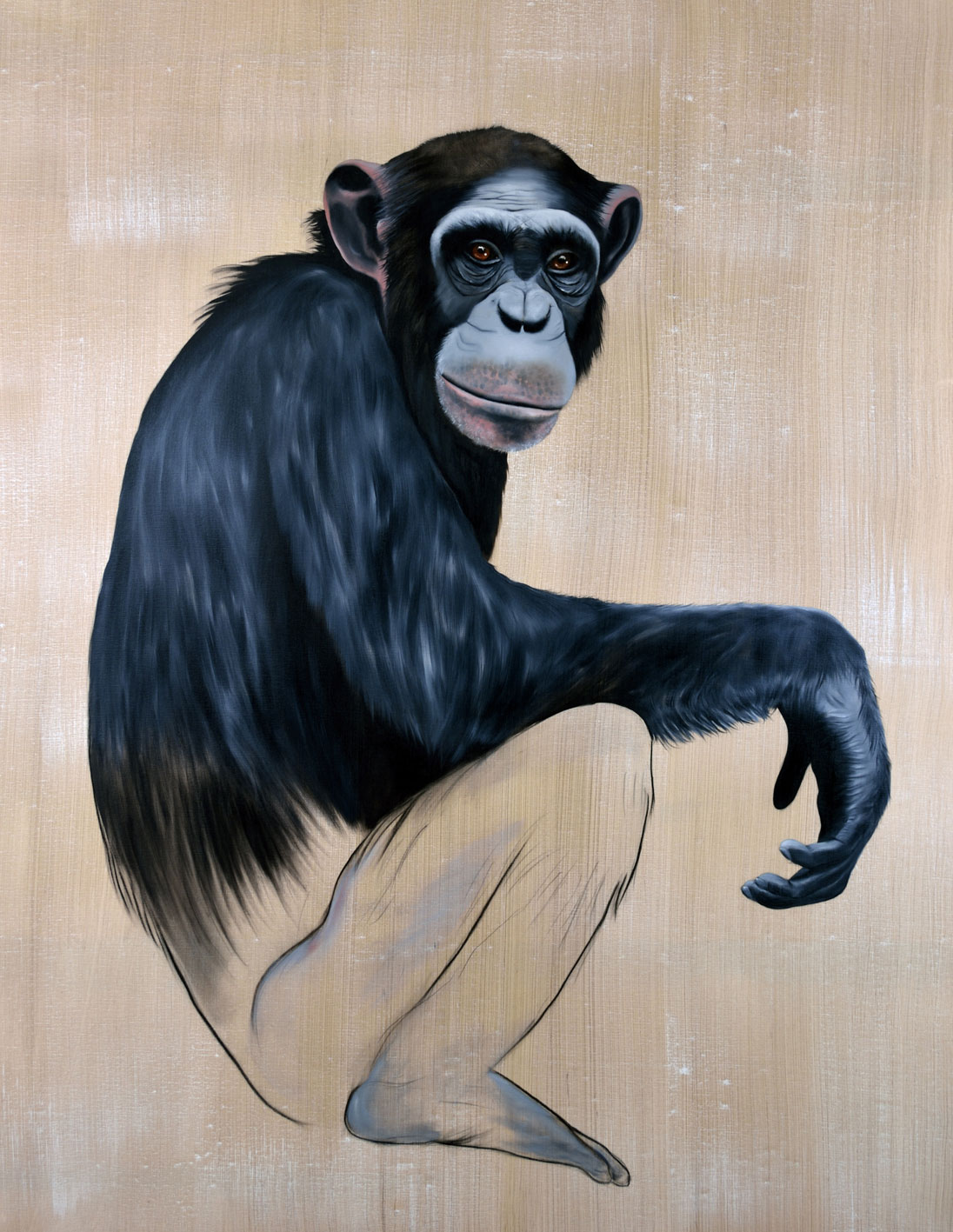 A "Biodiversity in danger" evening dedicated to great apes took place on November 20 2018 in the Great Gallery of the Evolution of the Museum d`Histoire Naturelle de Paris. The Gala dinner organized by the museum and supported by the Foundation for Nature and Man (N. Hulot), by IUCN and many personalities from the scientific world and the show was intended to raise funds for the preservation of great apes. A painting("Pan" 2018, 180 x 150 cm) was sold at auction during this evening.
Learn More
DELETE? SINGAPORE
2018 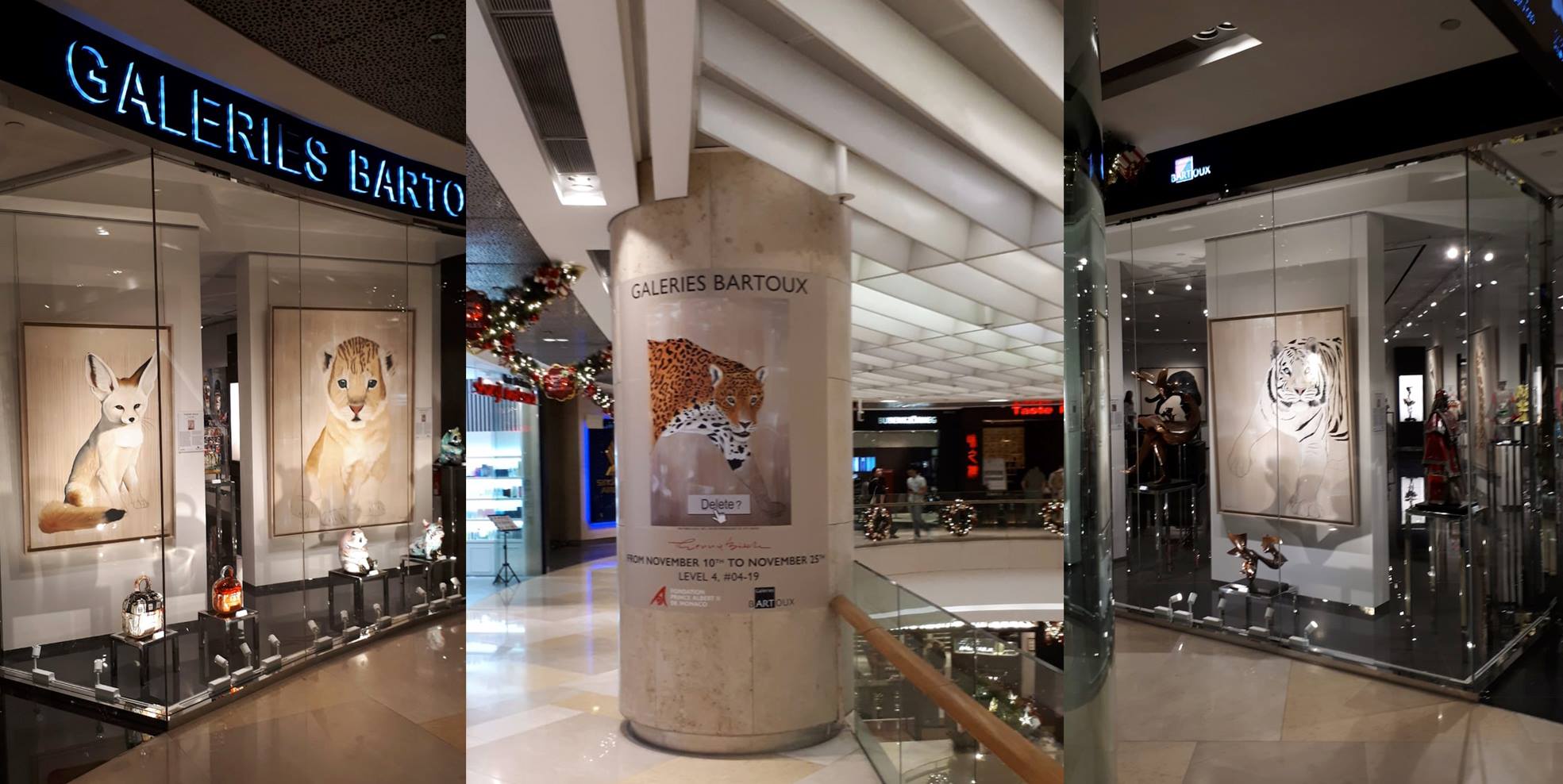 Learn More
SAVE THE OCEAN
Monaco 2018 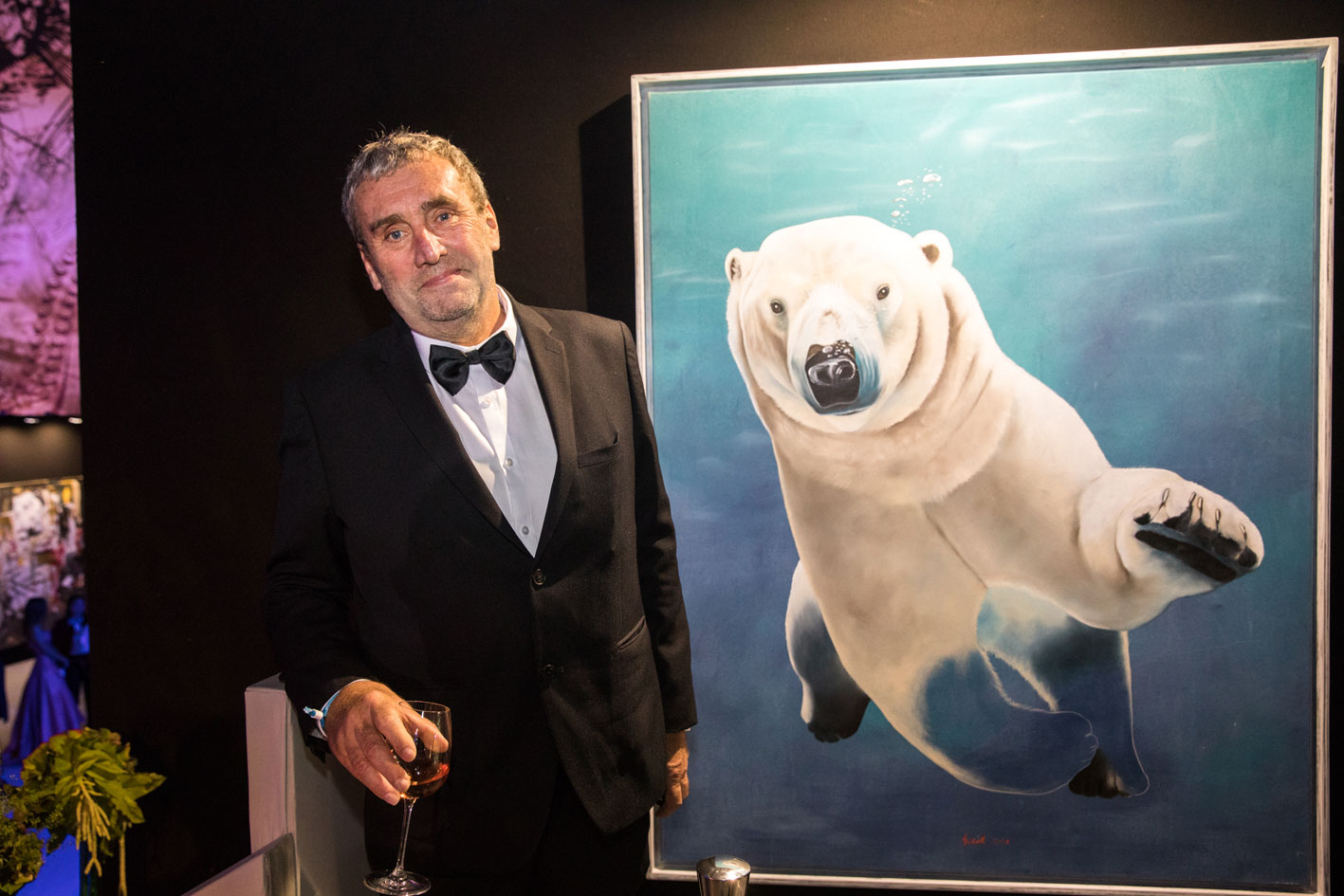 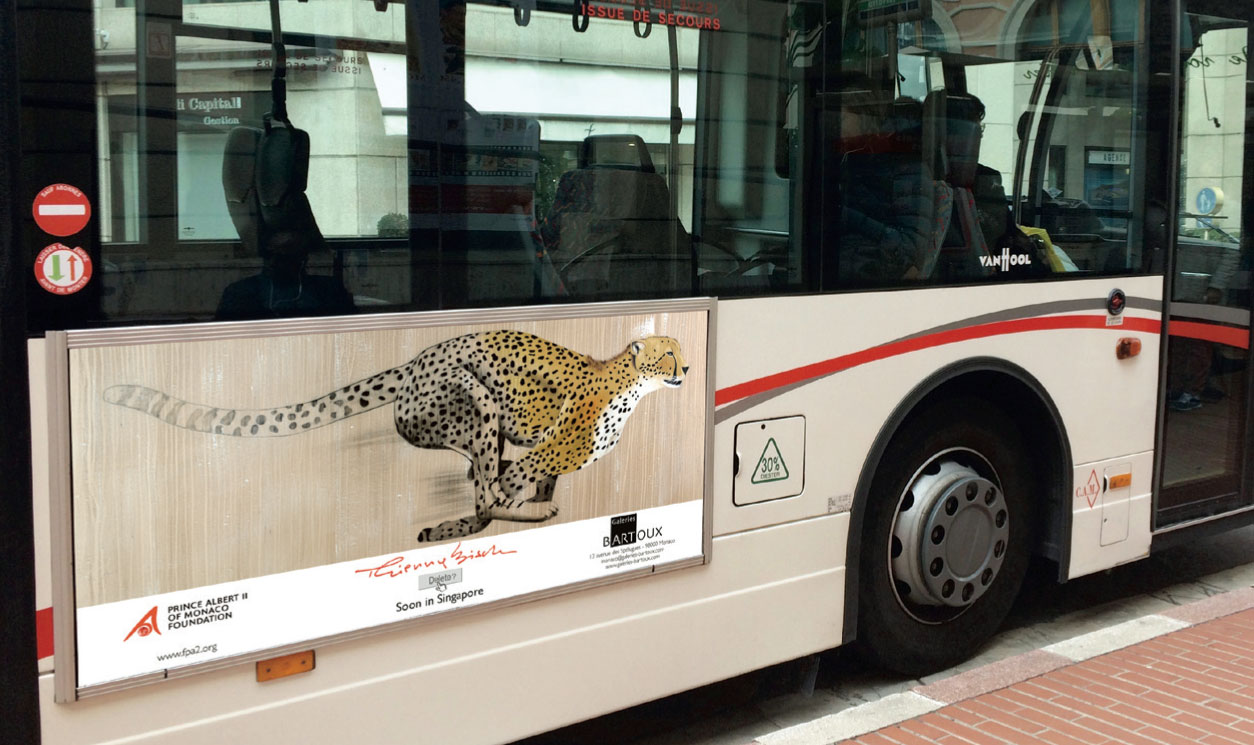 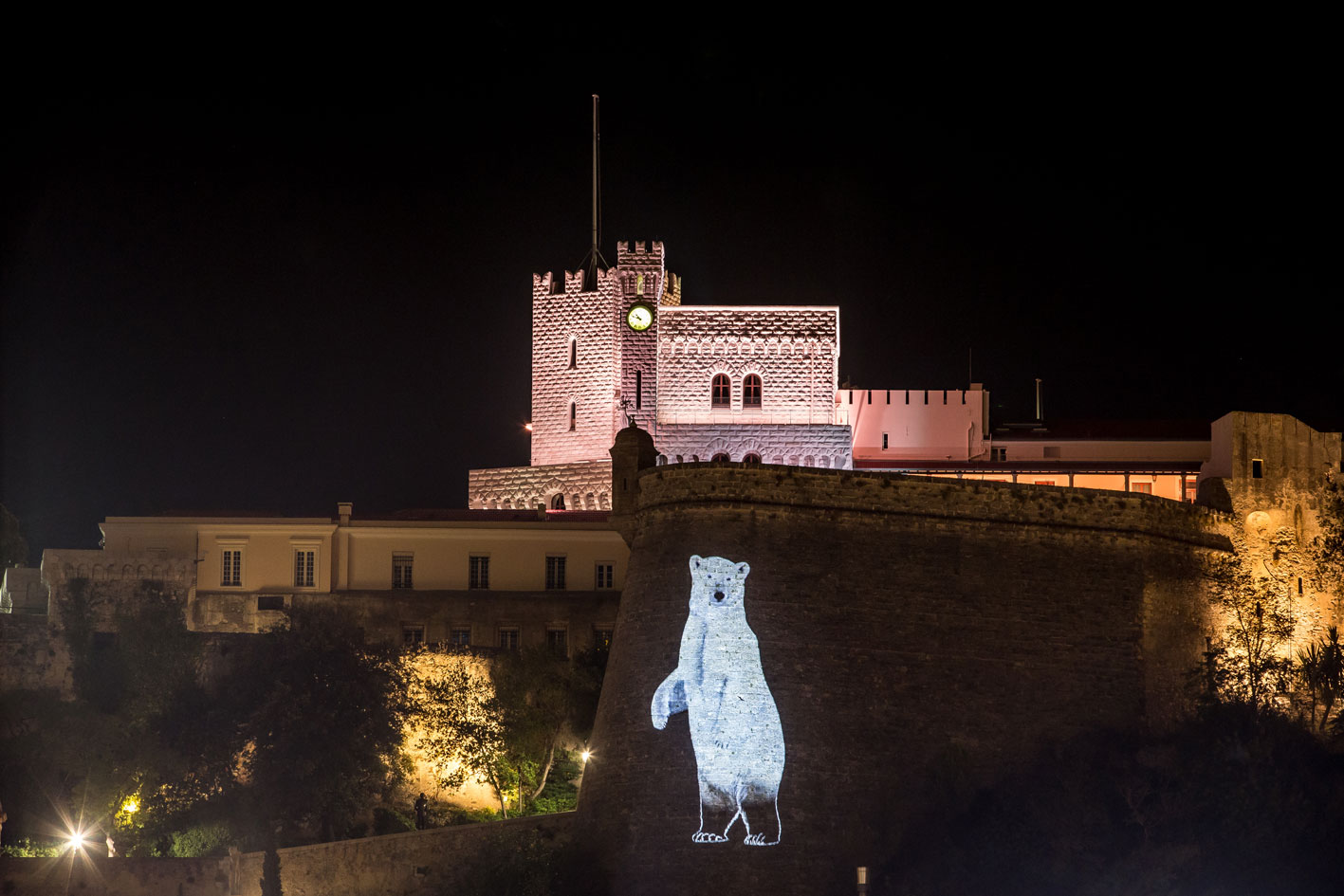 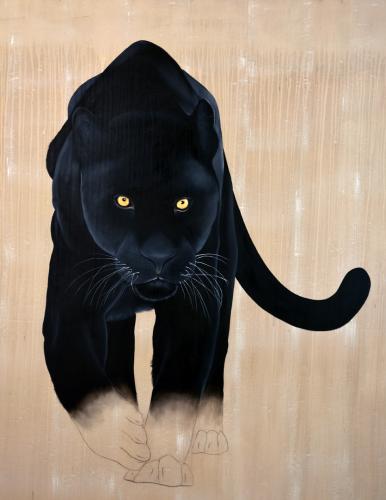 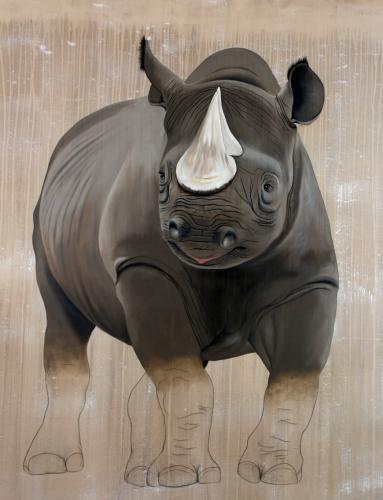 Discover
In June 2006, HSH Prince Albert II of Monaco decided to establish his Foundation to address our planet's alarming environmental situation. The Prince Albert II of Monaco Foundation is dedicated to the protection of the environment and the promotion of sustainable development on a global scale. The Foundation supports initiatives of public and private organizations, in the fields of research and studies, technological innovation and socially-aware practices.